Ah, pets.  Are they truly everywhere? What about the southern United States? Are Southern pets as cute as, say, pets of the Northwest or Midwest? I put on my Sherlock Holmes hat and walking shoes and walked to our rented car and drove down south to answer these ever pertinent and burning queries.  Join the Jubilee!

Our journey took us to Asheville, NC.  While there, we were looking for the art district that we would ultimately find a week later, which upon finding the brewery that we HAD TO GO TO OMG, IT’S SOOOOO AWESOME wouldn’t serve me, we got lost(ish). As we puzzledly scratched our respective noodles and gazed about, I saw a poodle holding a cat as though it were a baby doll.  For real.  Erica slammed on the brakes and reversed the half block to the scene of the whatever-the-opposite-of-crime-is place, and we got out and captured some of the magic.  Dig: 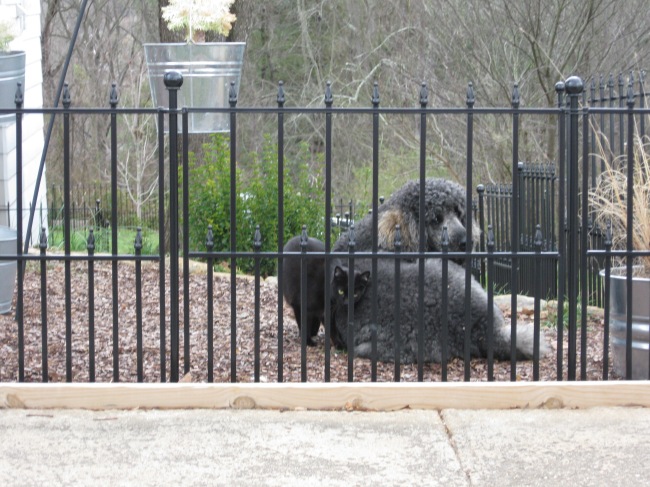 That’s love.  These pets show what teamwork is all about.  What sport you ask? Hmm, I’ll have to think about that.  While I do, here’s another gem of these pet diversity acceptors:

Yeah it’s a little fuzzy, but maybe, just maybe, tears of joys fell on the camera-look-at-stuff-glass-part-thingy of the camera.  Sorry for the science jargon.  Moving on.

We arrived at our cabin and immediately found a crafty sasquatch in the hot tub! Scary, right?!?

He quickly calmed our nerves by creating a mini snowman mascot for us. Crisis averted.

Our cabin was on a darling little farm.  There seemed to be a lot of dogs around.  How did I know you ask? Well, barking was happening a lot.  We decided to investigate further. Here are the findings:

AHHHH!!!!!!!!!!!!! Intruder alert! Oh wait, it’s just a little yellow dog who ran up the hill, took a leak on a snowy shrub, licked my face, accepted some scratches, and ran away. Ok, back to the pet search:

You know what? All this pet stuff made me want to go get some vintage western wear. (This is a common symptom of pet searching, or, well, me leaving the house.)  Tum-te-tum, Dum-de-dum…

I forget this little cuteness nuke’s name, but he tricked me into buying a $30 shirt.

Then he wanted to do a Sam Kinison impression, so I figured what the hay?  Let her rip, buddy:

Farms need pets, too.  Some to work, some for morale building, and some for both. Our tour of the farm led to all of the above of these aforementioned and viable pet vocations.

What dear reader? Those are only stupid sheep a.k.a. non-pets? Look again my skeptical friend. Eureka! You see it now? The white wookie-esque friend?  That is one hard-charging pooch!  Sleeps outside for the love of her sheep homies. Dedication makes a farm go.

You’re probably wondering if that dog has a sibling that also has a best cat friend that hangs around, aren’t you? You were? I know. Yup, it’s kind of a gift I have. As promised:

I know, I’m way ahead of you. How much does the cat weigh? This many:

See Big Whitey’s paw? Yeah, the one that trudges around in, well, grody farm dirt all day? He played a little joke on me right after this photo and stuck his paw in my mouth! Heyyyy! Here’s a shot of me not barfing but spitting a lot as he retracts his soil smasher:

Silly new friend, oh how could I stay mad at you? Answer? Can’t! 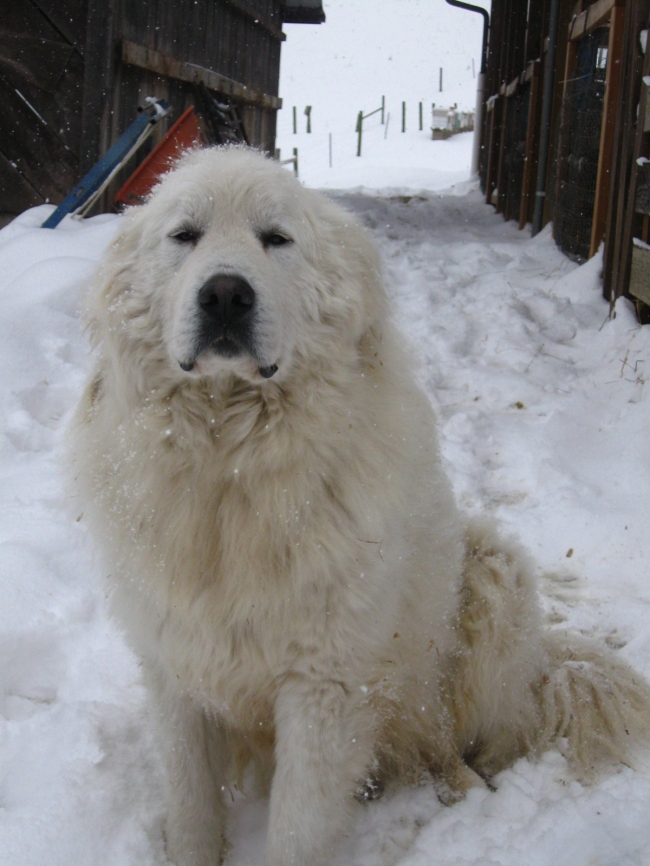 All this pet stuff made me thirsty and wondery. I put on my Minocqua, WI thinking cloak and got some delicious beers at Wicked Weed Brewing. 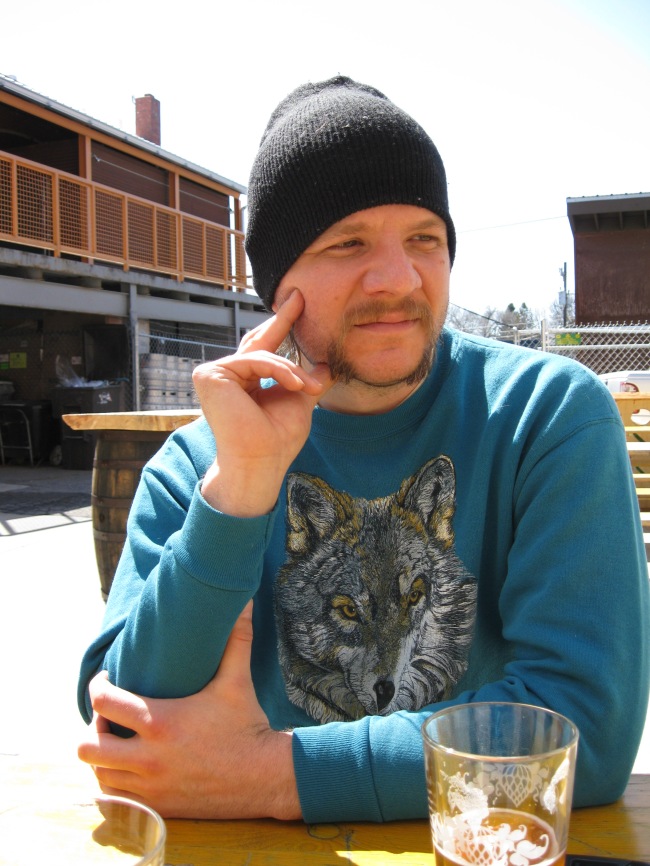 Then I started thinking about my own pets. They can be weird at times. Are other people’s cats as weird as mine? Do they eat tape, too? Lick the sides of LP records? Get their head’s stuck in kitchen chairs? Climb cacti? Then P. McMahon’s time machine from 1997 pulled up. 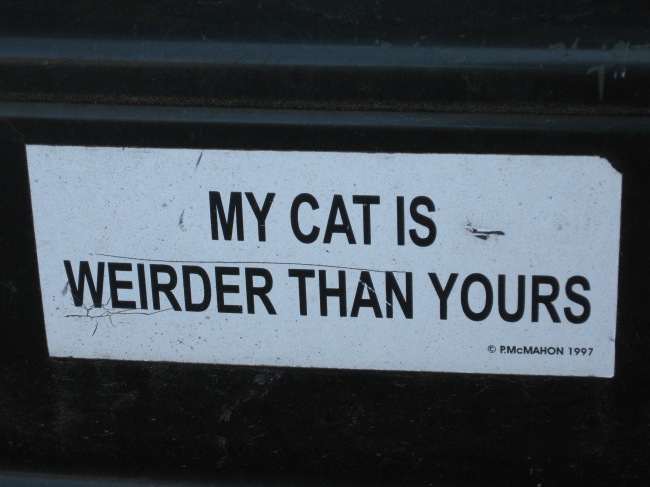 What a whirlwind tour of a single southern city that I’ll be basing all of my fact-finding on! What did we learn? Lots, duh! First, southern pets may bark a little slower and more confusedly, but they still get their point across. Don’t forget to look closely: southern pets are masters of disguise! Keep your mouth closed when tormenting an enormous dog’s best feline friend or be prepared to test the pH of the farmstead soil. Of course, when thrift shopping, fall for the canine wiles and just buy the damn shirt! It’s green and it’s awesome. Finally, no matter what color a pet is, or what part of the world it comes from, he, she, or neuter just wants to spread the love and maybe get a little scratch on the ol’ pet tums. These are jubilous pet times we live in: embrace them or eat dirt.