This will be all about muffins and tea. If you don’t like muffins or tea, it’s okay if you want to read this instead. Or this.

All right, all you muffin and tea lovers, let’s get started. This winter I had the pleasure of writing an article about herbal tea for Edible Madison magazine. I grew up with a Scottish grandmother who drank tea every night after dinner, so I have fond memories of family dinners when the tea pot and china cups would come clinking out of the kitchen, someone would pour me a cup of black tea and I would fill it the rest of the way with milk. But when I received the Edible Madison assignment, I didn’t know much about the subject of tea, so this article was a hoot to research and write. I also got to hang out with some interesting tea people at some delightful places like Anthony at Macha on East Johnson St. 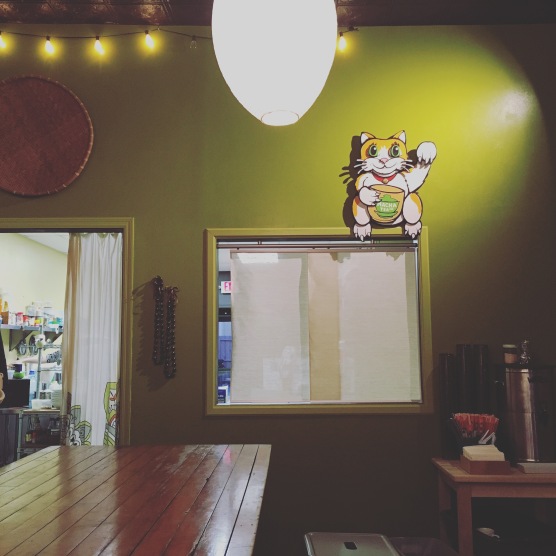 Fast forward to a few weeks ago, when I received a message from a farmer named Tony who was wondering if I would be interesting in sampling his “living” herbal teas that he grows on a farm in Mondovi, Wis. I have a soft spot in my heart for farmers, and a new appreciation for tea, so I of course said yes. A few days later I received some Sacred Blossom tea in the mail.

I love these teas, mostly because they are so beautiful when they are steeping (and they taste really delicious, too.) But also because it’s obvious that these herbs were grown with a lot of love and care. Please check out Tony’s website and his kickstarter campaign to support a Wisconsin farmer who is doing something really special in the world of teas. 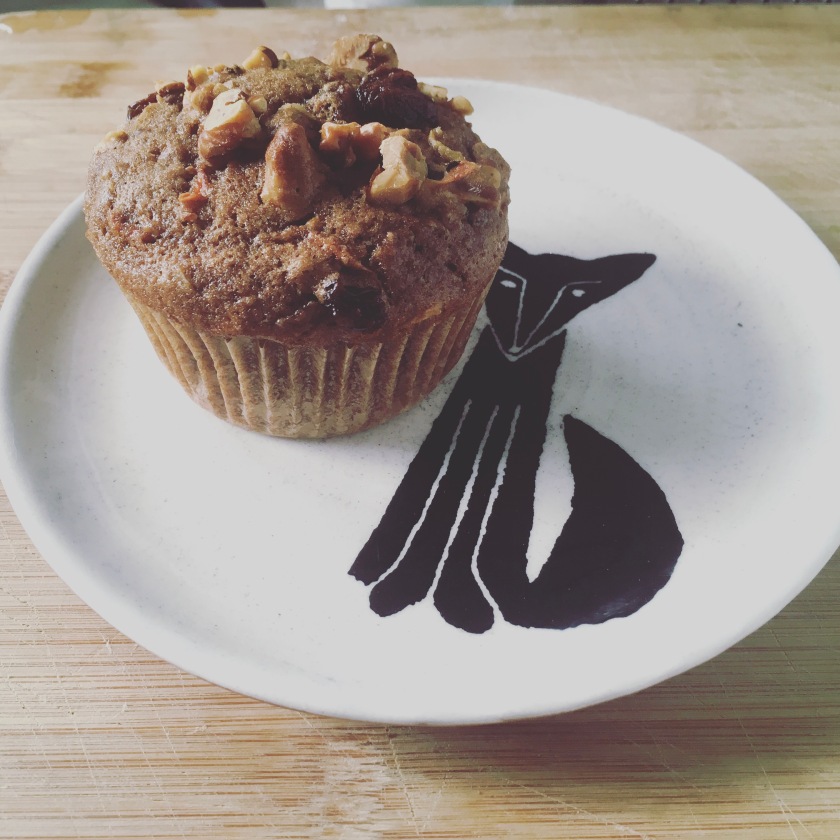 But here’s how the newspaper said to make them:

From the New York Times

PREPARATION
Heat oven to 350 degrees. Line a 12-cup standard muffin tin with paper liners.
In a medium bowl, whisk together all-purpose flour, whole-wheat flour, cinnamon, baking powder, baking soda and salt. In a large bowl, whisk together milk, dark brown sugar and eggs until smooth. Stir carrot, apple, coconut, 1/2 cup of the walnuts and 1/2 cup of the raisins into the wet mixture. Stir in the melted coconut oil.
With a large rubber spatula, fold the dry ingredients into the wet ingredients until just combined. Do not overmix. Divide the batter evenly among the prepared cups. Sprinkle the remaining walnuts and raisins evenly over the tops of the muffins.
Bake until puffed and set and a toothpick inserted into the center of a muffin comes out clean, about 20 minutes. Transfer the muffins, in the tin, to a rack to cool for 5 minutes. Then remove the muffins from the tin and let cool completely on the rack. Once cool, store in an airtight container at room temperature for up to 3 days.

And while it feels like spring out there today, I am hoping for more winter days with a steeping cup of hot tea and a batch of muffins in the oven. Happy Saturday.