The following is a guest appearance on ‘Wisconsin Fun Next Exit’ by Dan Walkner.

Let’s make one thing clear: Wisconsin is not open for business.  Wisconsin is a business.  There is no reason why it isn’t flourishing; in fact there are many factors that should be propelling it forward.  We have ample natural resources.  We have a highly skilled and educated work force.  We have a variety of options for transportation.  Most importantly, we have no shortage of customers world-wide.  Why are we not turning a profit?

The boss calls you into his office.  He says, “Hey, our company did great this year.  We didn’t quite hit our goals, but everything is going as planned.  I do have some bad news, though.  You won’t be getting a bonus.  Frankly, you won’t even get a raise.  Well, in all honesty, you’re going to be taking a pay cut.  But the good news is you aren’t being laid off like many of the others.  So thanks for your perseverance and a job well done.  Keep up the good work!”

Why is the company not working and who’s to blame?  Is the construction worker in line next to me at the grocery store to blame?   Is the person standing in front of your child’s classroom to blame?  Are you to blame?  Am I?

In the world of work, very rarely are you afforded the opportunity to fire the boss.  In politics, the game is set up to make it nearly impossible.  The boss hasn’t been doing his job.  The argument that the new boss is going to take away my guns (which he isn’t, of course) is not enough of an argument for me to keep the old boss.  Let’s fire the boss and get back to work. 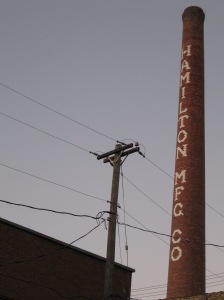 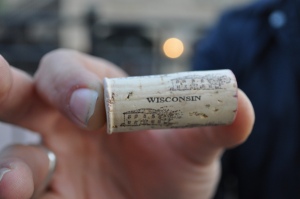 It was a year ago this weekend that I was seeking spinach and scones and deciding to follow the advice of Orangette’s Molly Wizenberg and create my own little corner of the internet universe. I have been feeling nostalgic for the giddiness that I felt when I sat down with a bottle of wine to write that first post late on a Saturday night one year ago. I have truly enjoyed writing this and I’ve been thinking about how nice it is of you to join me here. So, thank you.

This past year has been a memorable one marked by an uprising, 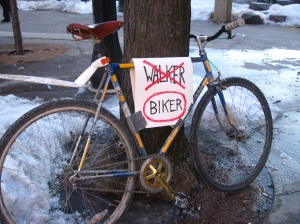 a (temporary) job teaching third grade, a Packers super bowl victory, the Brewers in the playoffs, a train trip to Seattle, 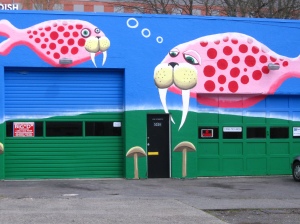 road trips, old friends, new friends, an honest effort at really loving yoga (although my triangle pose is still a disaster), a new-found love of cats, specifically the two 10-year-olds who became my roomates in June, 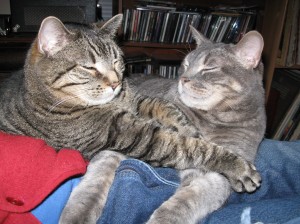 moving to the east side, an attempt at growing a vegetable garden and cooking. Lots and lots of cooking. 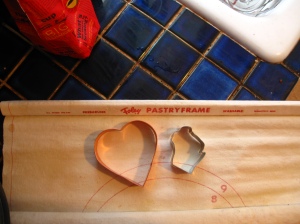 Oh have I got some recipes for you. There’s an incredibly easy and delicious one for whole wheat pasta with a sauce made of butter, cream and blue cheese (go for a run first!) and tonight (while talking to my dear friend Jenn who lives in D.C. but aspires to move back to Madison) I made a vegetarian version of french onion soup with toasts and melted swiss cheese that tasted rich and hearty on this blustery day in Wisconsin. I plan on telling you all about these and more but for now it’s off to bed. Tomorrow I’ve got a date with Lambeau Field and Tuesday marks the first day of the campaign against Walker. I’ll provide the soup recipes and you provide the signatures. Tis the season for a recall. Let’s do this, Wisconsin. 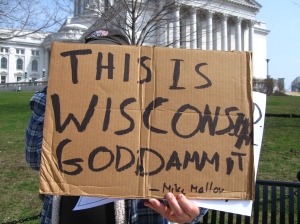