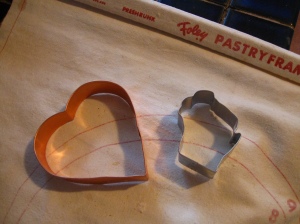 And I have this great cookie recipe to share. I wanted to tell you all about how I burned out the motor on my handheld mixer trying to whip all of the delicious organic butter and how I found myself jogging one of the ingredients- 2 Tablespoons of booze, in the form of kirsch- in a jam jar down the slick bike path in the dark on Monday night, but something else came up. Late Tuesday afternoon as I was wrapping up a Social Studies lesson (naming South American countries with second graders) I was handed three versions of a letter (in Hmong, Spanish and English) to be sent home with the kids right away. The letter warned families of the possibility of excessive teacher absences over the next few days in response to a budget repair bill that had been introduced by Wisconsin’s governor. This was news to me. I attended the rally at the Capitol Tuesday night and received word at 11:30 p.m. that school had been cancelled the following day. Wednesday’s protest was eye-opening. I’ve never personally witnessed such a diverse group of people (and pets) coming together for a common cause. I’ve said the word, “solidarity” more times in the last few days than in my whole life and chanted something in a large crowd besides “Go Pack Go” for probably the first time ever. People keep asking me for reports of the Capitol rallies and all I can really say is, “It’s amazing.” And now the ‘Wisconsin 14’ have fled the state because they believe this legislation is moving too fast and that our voices deserve to be heard. Their bold action gives me hope. Watching my teachers and mentors chanting along with a new generation of teachers makes me proud. Hearing a firefighter declare to a crowd of thousands that we are all in this together makes me believe that we are. This isn’t about making more money or whining over pensions. Nor is it a fight between public and private employees, like they would like us to believe. It’s not even about Democrats versus Republicans. This is about basic human rights and one man’s power-hungry move to try to take them away. 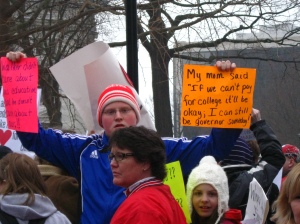 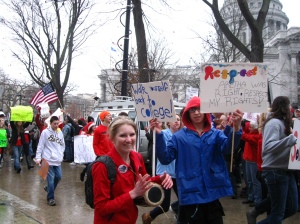 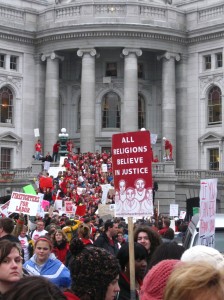 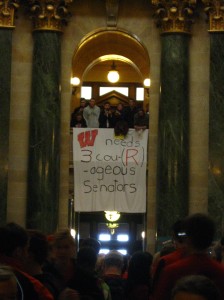 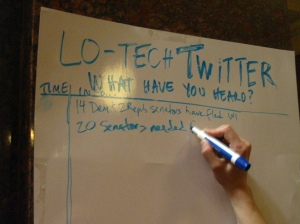 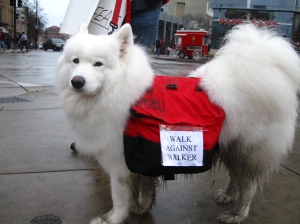 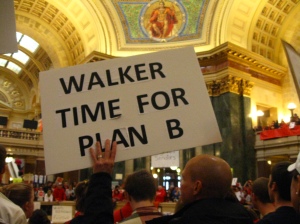 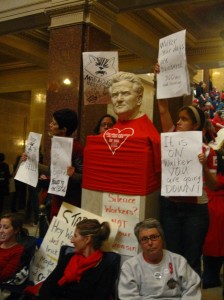